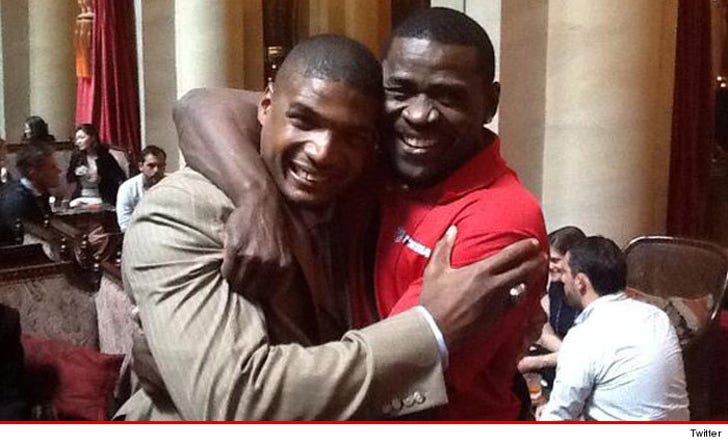 NFL hopeful Michael Sam has some powerful friends in his corner -- including Hall fo Famer Michael Irvin who says he's pulling hard for a team to make Sam the first openly gay player to be drafted into the league.

Irvin just posted a photo with the linebacker -- saying, "The guy I am pulling for the most in this #draft is @mikesamfootball all the best buddy. Thanks for being you!"

Despite being the SEC Defensive Player of the Year, experts are saying there's a very real chance the 24-year-old will NOT get drafted this week ... in part, due to his unimpressive showing at the NFL Combine. Also, there's talk teams are still afraid to draft an openly gay player.

The first round of the draft begins on Thursday. Stay tuned ...