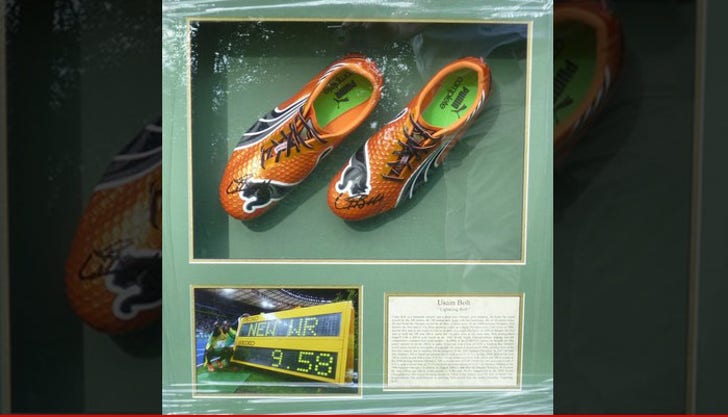 Usain Bolt's record-setting sprinting cleats have been STOLEN from a building in London ... and now the Jamaican legend is begging the burglars ... GIVE 'EM BACK, MON!!!!!

They reportedly went missing from a commercial building where they were being displayed -- and moments ago, Bolt went to Twitter to shame the bad guys.

"All you had to do was just ask me for one..No need to go stealing the ppl things..Come on now."

Bolt then posted a pic showing him signing a new pair of shoes and wrote -- "Only natural I sign sum spikes after one of my overly excited fan stole that one..FedEx straight to London later." 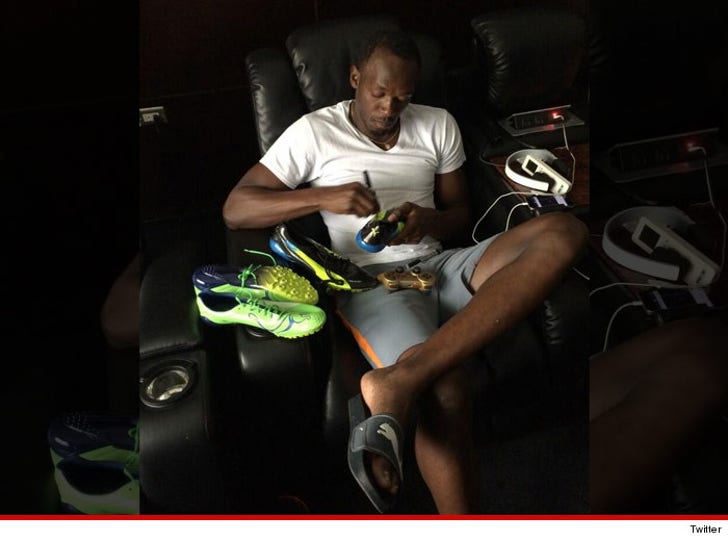