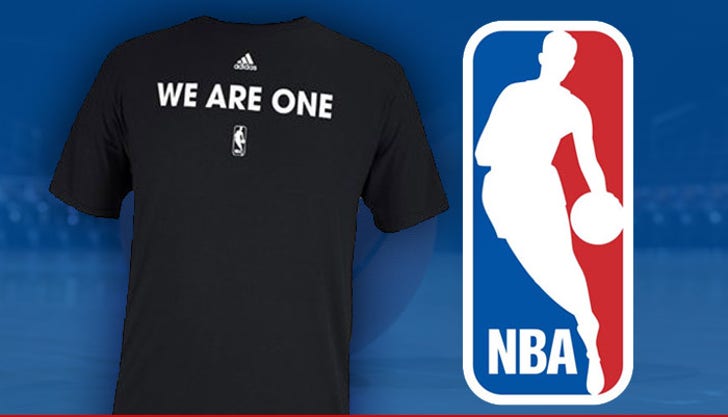 They've only been on sale for 2 DAYS ... but the NBA tells TMZ Sports the "We Are One" shirts in support of the L.A. Clippers have already become the NUMBER ONE selling item in the NBA shop.

The league began selling the shirts on Sunday May 3rd ... with all proceeds going toward anti-discrimination and tolerance organizations.

Of course, the league adopted the "We Are One" slogan after Clippers coach Doc Rivers wrote the words on a team white board in the locker room to rally the Clips in the wake of Donald Sterling's racist comments.

The league has also used the slogan in NBA commercials.

The NBA wouldn't tell us how many shirts have been sold so far -- but it's clear, it's not just Clippers fans snatching 'em up.