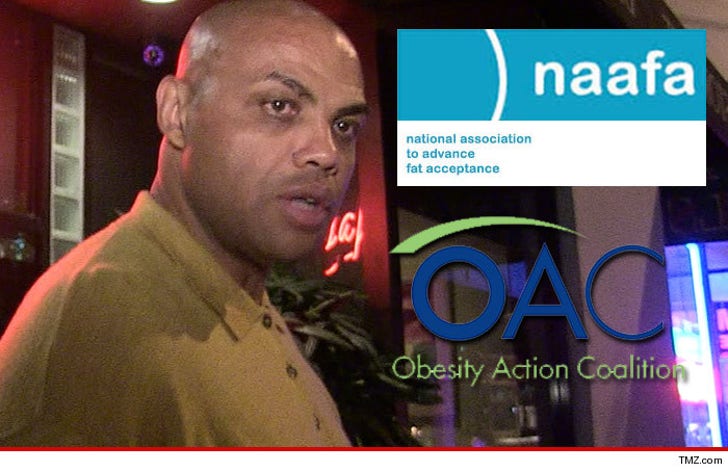 Two powerful obesity organizations are having a hard time stomaching Charles Barkley's offensive comments about fat women in San Antonio ... and now they're calling for Sir Charles to apologize.

Barkley lashed out against the big boned community in S.A. on "Inside the NBA" last night -- saying, "Some big ol' women down there ... that's a gold mine for Weight Watchers."

He also said, "Victoria is definitely a secret [in San Antonio] ... they can't wear no Victoria's Secret down there."

The statements are not sitting well with the National Association to Advance Fat Acceptance which is now calling for Chuck to apologize, ASAP.

"One would think being a black man, he'd be more sensitive to having his physical body criticized. It's totally out of line. He should absolutely apologize."

The President of the Obesity Action Coalition has also issued a statement expressing "extreme disappointment" with Charles.

"As a former NBA player and sports entertainment figure, Mr. Barkley should encourage equality and respect among society and not look to shame or segment one population because of their size."

"Obesity is a serious medical condition and not a joking matter."

We reached out to Charles for comment -- so far, no word back.