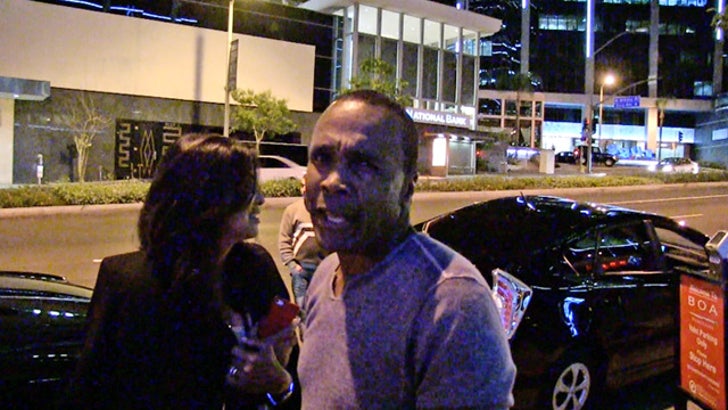 He beat the father ... but Sugar Ray Leonard says when it comes to the Mayweather family, he could've whooped the son, too.

Sugar Ray was leaving Boa Steakhouse in Hollywood last night when TMZ Sports asked the legendary fighter if he would have beaten Floyd Mayweather Jr. back in his prime.

Leonard was a beast back in the day -- there's no question he would've given Junior a run for his money.