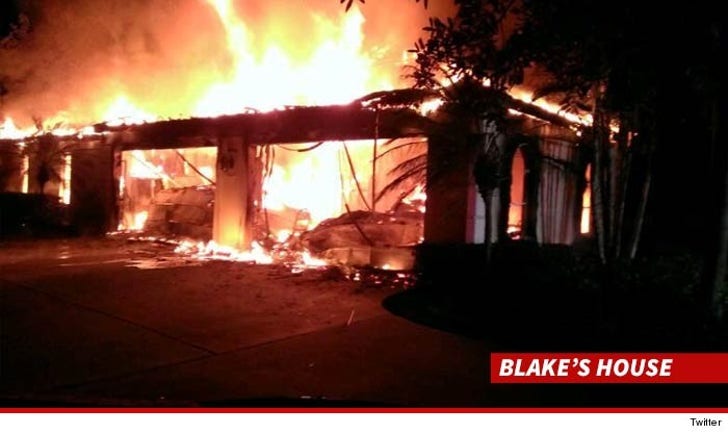 Officials also confirm Blake was not in the home at the time of the fire.

spoke with Blake's next door neighbor who tells us ... he heard several large booms early this morning and went outside to check it out.

The neighbor says he saw an "instant fireball inferno" that seemed to be coming from the garage of Blake's house.

The neighbor says he heard several explosions that continued throughout the morning.

As for Blake, the neighbor says he hasn't lived in the home in at least a year. The new occupants had been living in the house for a little more than a year.

The neighbor says the renters were quiet people who kept to themselves.

Three dead bodies were discovered inside a Florida mansion owned by tennis superstar James Blake ... after firefighters were called to the home to respond to a massive fire.

The fire broke out early Wednesday morning -- and when firefighters raced inside of the home to look for anyone in the home, they discovered at least 3 dead bodies.

According to one report, firefighters saw fireworks strapped to the head of one of the bodies.

Blake -- who retired from tennis last year -- was not at home at the time of the fire.

Neighbors say Blake hasn't lived in the home in a while and had been renting it out.

Cops are currently investigating to find out what the hell happened.

Officials tell TMZ Sports the house is still on fire -- and it's so dangerous, investigators won't be able to collect the bodies or any sort of evidence until tomorrow.