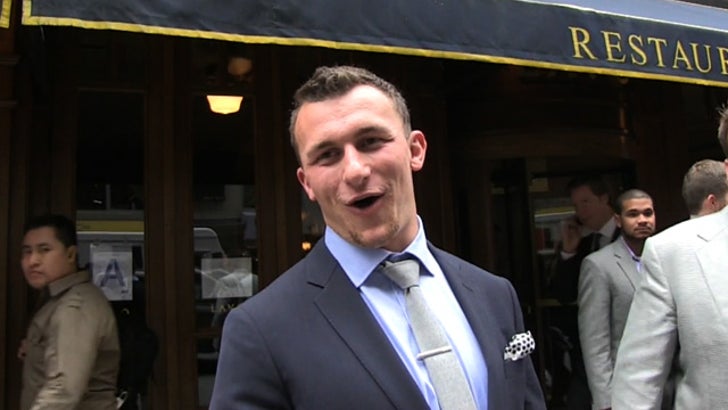 Bachelorhood has been very good to Manziel so far -- he's been connected to some SMOKIN' HOT chicks ... sometimes two-at-a-time.

Manziel was out at Lavo restaurant in NYC getting ready for the draft when we brought up that he's one of the rare QB prospects without a ball and chain ... though guys like Blake Bortles, AJ McCarron and Derek Carr ain't doin' too bad for themselves either.

We also asked Manziel if his pal Drake would be around to help him celebrate after he gets drafted tonight -- and while he wouldn't get into specifics, he definitely hinted he'll be making a surprise appearance at some point in the evening.