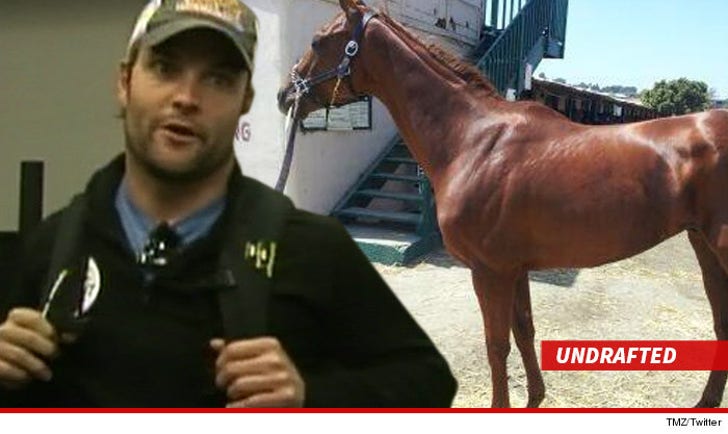 Wes Welker was the big winner at the Kentucky Derby -- but a fan claims the Denver Broncos star NEVER PAID UP in a contest he held to name his race horse ... and now the fan is demanding his prize.

The drama began in 2012 ... when Wes held a contest on Twitter to name the new racehorse he had just purchased.

Welker selected the name Move the Chains, submitted by NJ resident Nick Boyle -- and promised him a trip to a race to watch the horse run.

Welker even tweeted about it -- saying, "Congrats to @nickboyle70 for naming the new horse. Move The Chains DM ur phone #. And we will get everything set up for u." 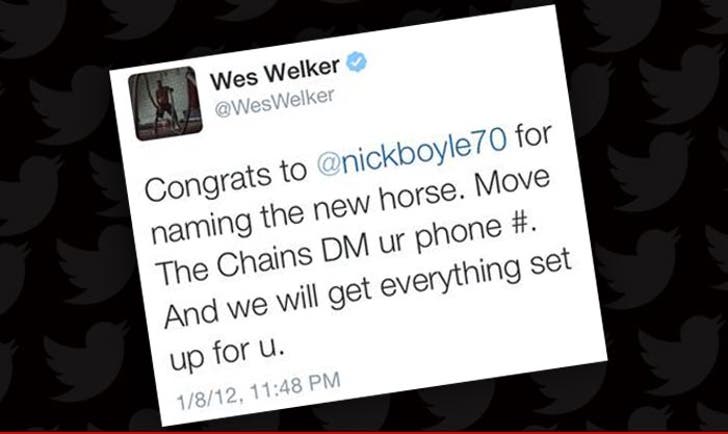 A short time later, Welker contacted Boyle through direct messages on Twitter and wrote, "My agents should be contacting you today via email. The race will probably be a weekend in April."

He added, "I will have the whole trip taken care of."

A short time later, Welker explained to Boyle that he couldn't use the name Move the Chains because someone swooped in on the naming rights -- but still promised the all-expenses paid trip. The name was later changed to Undrafted ... and the horse placed 2nd in a race at Churchill Downs this past weekend.

In fact, he followed up with a message that read, "Keep u updated on a race that we can both make, and get hammered and go to the winners circle. Sorry for the delay on this." 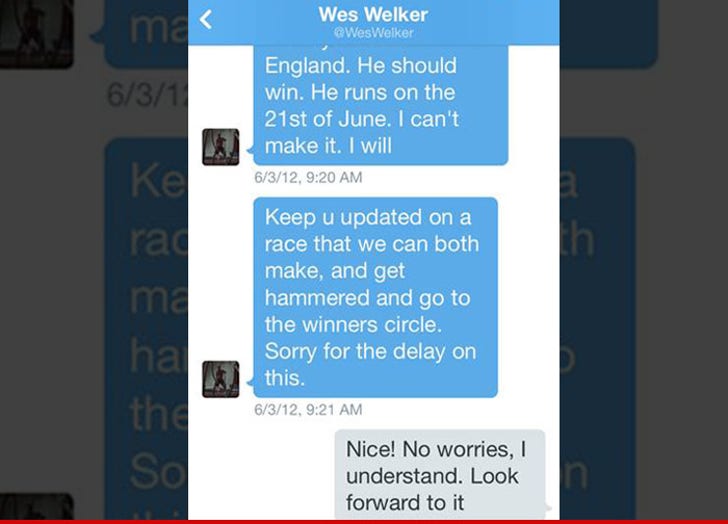 Fast forward to 2014 -- and Boyle says Welker basically went off the radar, unfollowed him on Twitter and never came through on his prize.

"I've been disappointed for 2 years," Boyle says ... "When I won the contest I was really looking forward to naming the horse and hanging out with Wes at the track. He screwed me. I did nothing wrong."

He adds, "Move the Chains became yank my chain."

We reached out to Welker for comment -- but so far, haven't heard anything back.