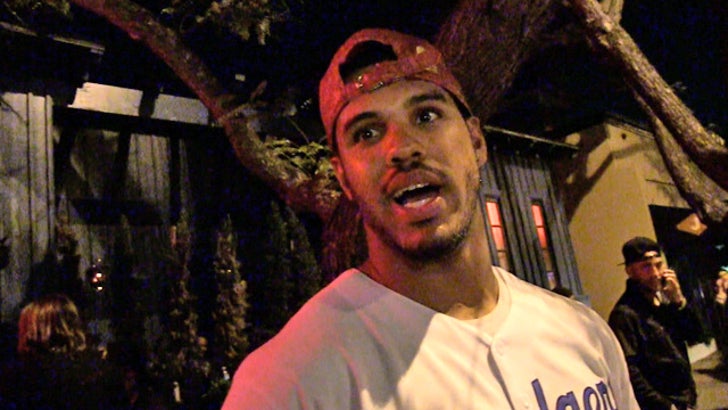 Anthony Barr -- the #9 pick in the NFL Draft -- went out and celebrated like a champion last night at a Hollywood nightclub ... and vowed that he won't let the millions coming his way change him!

After being selected by the Minnesota Vikings last night, the former UCLA linebacker hit up Hooray Henry's with some friends ... while sporting a Yasiel Puig jersey.

We asked what he's going to do with the cash he'll rake in from the huge contract coming his way, and Barr gave a pretty genuine response -- "I don't know man! I've never had that much money in my life before."

Despite the fortune, Barr says there's one thing he probably won't change -- his diet.