YOU GOTTA SEE THIS!!!!!
Undefeated heavyweight champion boxer Deontay Wilder BEAT THE HELL out of a real life Internet troll who had been harassing him for years ... and TMZ Sports has the insane video.

The guy who got his face bashed in is Charlie Zelenoff -- a wannabe fighter who's been trolling Wilder for years with harassing phone calls and deeply personal jabs on social media.

Wilder claims Charlie has not only hurled racial slurs at him -- but also made disparaging comments about his young daughter, who was diagnosed with spina bifida.

Zelenoff had recently challenged Wilder to fight him at a boxing gym in L.A. -- and Wilder, deciding enough was enough, met him at the Hollywood Boxing Gym late Wednesday night.

Wilder tried to fight Zelenoff in the ring -- but CZ threw a cheap shot and ran for the door (see video below). 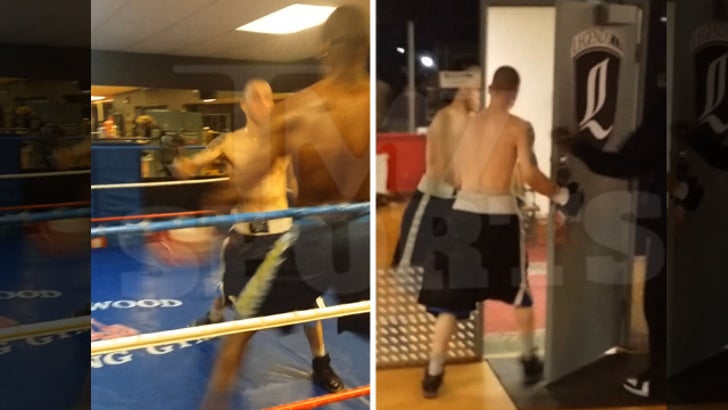 When he finally returned, they squared off on the main floor of the gym -- and what ensued was a pure ass kicking.

When Zelenoff picked himself up off the floor ... a furious Wilder told him, "Don't you ever call me a n**ger again. Don't you ever say you're going to tape my daughter."

Zelenoff eventually ran from the building ... again ... but not before saying, "I'm the best. I'm still the best."