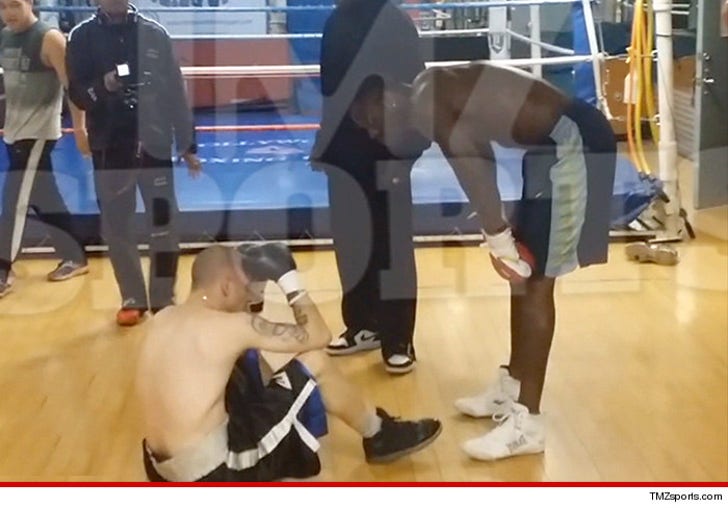 Boxing champ Deontay Wilder tells TMZ Sports ... the only reason he agreed to fight Internet troll Charlie Zelenoff was to teach him a lesson about bullying and SAVE HIS LIFE.

Wilder -- the reigning WBC Continental Americas Heavyweight -- says Zelenoff has been harassing him for 3 years ... calling him the N-word in texts and in phone calls and even threatening to harm his young daughter.

Wilder says he finally got fed up with the constant harassment and told Zelenoff to meet him at the Hollywood Boxing Gym on May 7 to settle their beef once and for all.

But before they squared off, Wilder says his manager drew up a waiver for Zelenoff to sign ... in which Charlie acknowledged that he would be fighting a trained boxer and agreed not to sue for any damage he incurred during the bout.

"It was a great contract and he was willing to sign it," Wilder says ... "He agreed to all of the terms. He knew what was going on."

Of course, Wilder proceeded to beat Charlie's ass -- and he hopes Zelenoff learned his lesson.
"I genuinely care for the guy. I want him to stop [harassing people] before he messes with the wrong person. You never know who you're dealing with."

Sidenote -- Wilder was wearing two RIGHT gloves during the fight ... because he accidentally grabbed the wrong set when he set out to the gym that day.

But Deontay says the mix-up was a blessing in disguise, because had he connected with the left hook while wearing the right gear ... he's afraid he could've caused some serious damage.

"He would have been hurt."

As for Charlie's request for a rematch, Wilder says he wont fight Zelenoff again -- saying, "I feel like I made my point with him already."