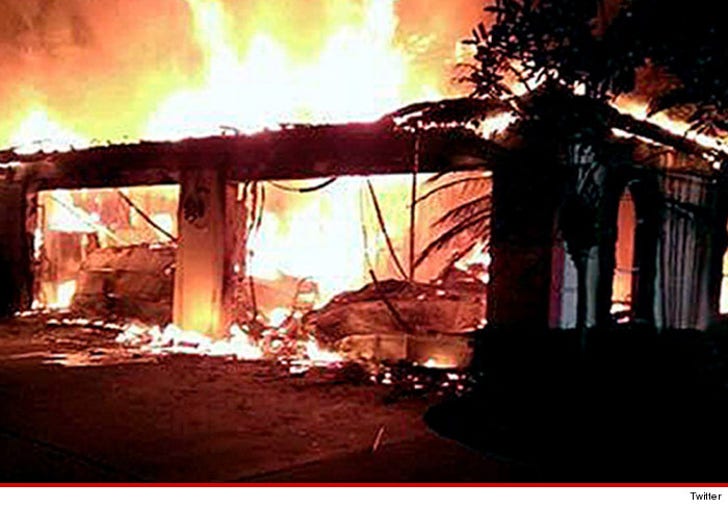 Officials have declared a "murder-suicide" in the tragedy at a Tampa mansion owned by tennis great James Blake.

As we previously reported, Blake was renting the house out to the Campbell family ... and had not lived in the home for more than a year and a half.

A neighbor says she saw the home explode around 5:40 AM ... and immediately called for help.

When firefighters arrived to the scene, they discovered fireworks going off around the house.

An automatic weapon registered to Darrin was also discovered at the scene and footage has now surfaced showing him purchasing fireworks days before the tragedy.