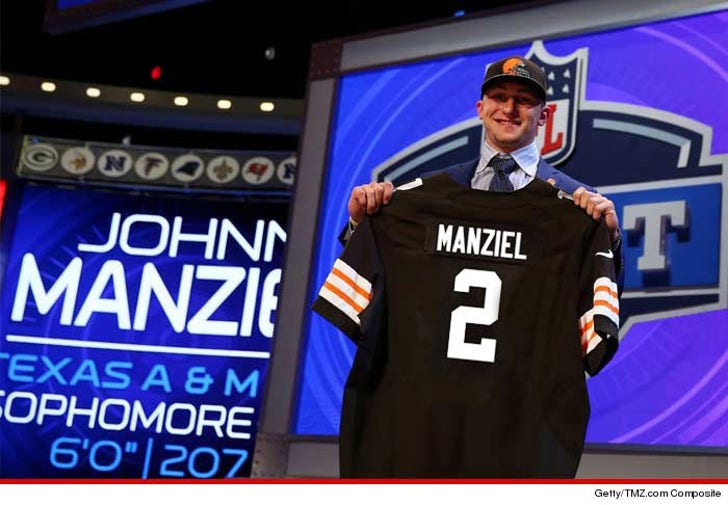 Johnny Manziel is a man in demand in Cleveland -- at least his jerseys is ... because the official Browns team shop has been slammed with requests for #2 ... TMZ Sports has learned.

We spoke to someone at the official team shop at First Energy Stadium this morning who told us that when the staff arrived at the shop, there were already "at least 50 people waiting in line."

We're told, "We had a few pre-pressed jerseys in stock, but we're currently pressing more to meet the demand."

One staffer told us the phones have been ringing off the hook as well ... with people wanting a #2 jersey.

While Manziel hasn't officially selected #2 as his jersey number, he rocked the deuce in college and many expect he'll get it once he signs his contract.

Now, all he's gotta do is win.