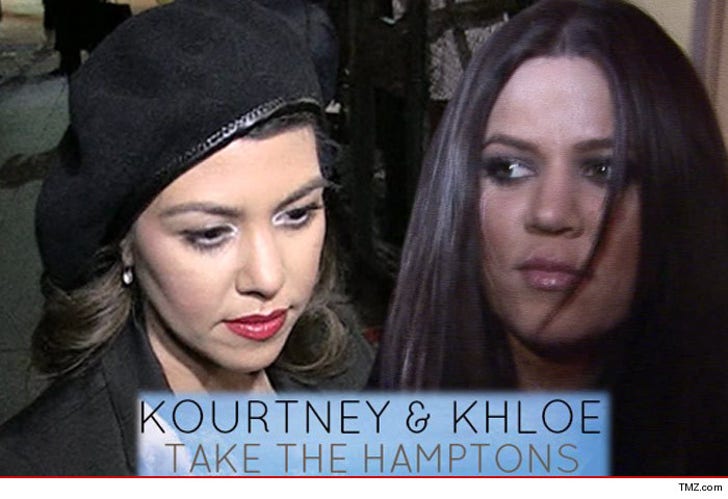 Kourtney and Khloe won't be taking the Hamptons any time soon -- despite announcing plans to tape their new spin-off in the ritzy Long Island villages -- TMZ has learned, NO ONE wants to rent to them for the summer ... so far anyway ... because they're more trouble than they're worth.

Real estate sources tell TMZ, Kourtney and Khloe have been on the hunt for a massive Hamptons property to rent for the summer while they shoot "Kourtney & Khloe Take the Hamptons."

E! announced plans for the new show in March, but perhaps too soon -- because we're told producers have hit brick wall after brick wall while trying to lock down a house to shoot in.

All across the Hamptons, sources tell us, homeowners have unanimously rejected the Kardashians out of fear they'll bring negative exposure to the wealthy communities.

We're told the biggest concern is having paparazzi swarming around neighborhoods. Now a homeowner could step up and save the day for them ... but we're told so far no one is biting.

Pretty funny ... one Southampton snob tells us, they're all worried the Kardashians will "attract trash and ruin Southampton," so they want them to go to East Hampton instead, which is notably more "new money." But we're told even East Hampton doesn't want them.