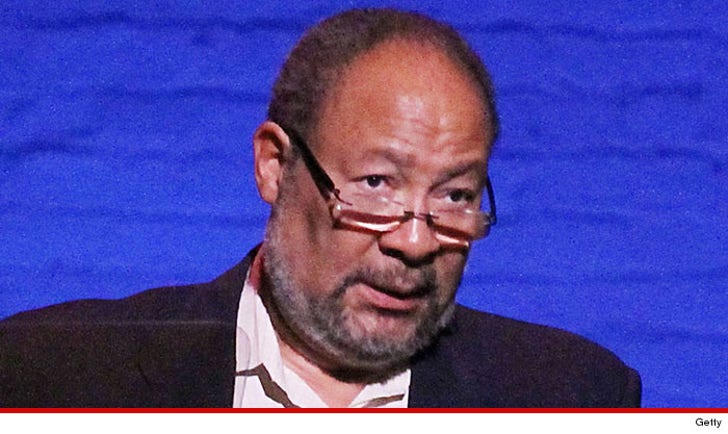 There's a new man in charge of the L.A. Clippers ... at least temporarily -- he's powerful, he's established and he's black.

Dick Parsons -- the former head of both Time Warner and Citigroup -- has assumed the reigns of interim CEO of the Los Angeles Clippers ... in the wake of the lifetime suspension of Donald Sterling.

Commissioner Adam Silver made the announcement moments ago ... saying, "I believe the hiring of Dick Parsons will bring extraordinary leadership and immediate stability to the Clippers organization."

"Dick’s credentials as a proven chief executive speak for themselves and I am extremely grateful he accepted this responsibility."

Parsons also issued a statement ... saying, "Like most Americans, I have been deeply troubled by the pain the Clippers’ team, fans and partners have endured. A lifelong fan of the NBA, I am firmly committed to the values and principles it is defending, and I completely support Adam’s leadership in navigating the challenges facing the team and the league."

"The Clippers are a resilient organization with a brilliant coach and equally talented and dedicated athletes and staff who have demonstrated great strength of character during a time of adversity. I am honored to be asked to work with them, build on their values and accomplishments, and help them open a new, inspiring era for their team.

Parsons did not go into detail on his policy regarding posting photos of black people on Instagram ... but we're sure it's more liberal than Sterling's.