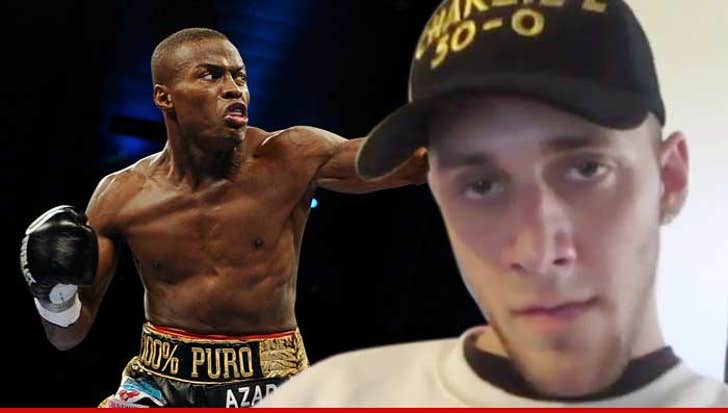 Sometimes karma can hit you like a right hook to the face ... so says undefeated WBO Middleweight champion Peter "Kid Chocolate" Quillin who tells TMZ Sports the Internet troll who got socked out by Deontay Wilder got what he deserved.

Quillin tells us ... he's GLAD Wilder confronted (and beat up) Charlie Zelenoff at the Hollywood Boxing Gym this week -- after Charlie had been harassing him via texts and phone calls for months.

"The Internet bully got what he deserved," Quillin tells us ... saying, "I don't wish any harm on anybody, but when you talk mess about people, it comes back on you."

Quillin says he understands Wilder's frustration because he's had to deal with trolls of his own.

"That situation has happened to me before [with a hater harassing me with texts and phone calls]. I didn't fight him, but we met in person and had a reasonable conversation and the guy backed down for good."

Quillin's method proved to be just as effective ... but Wilder's was more fun to watch.