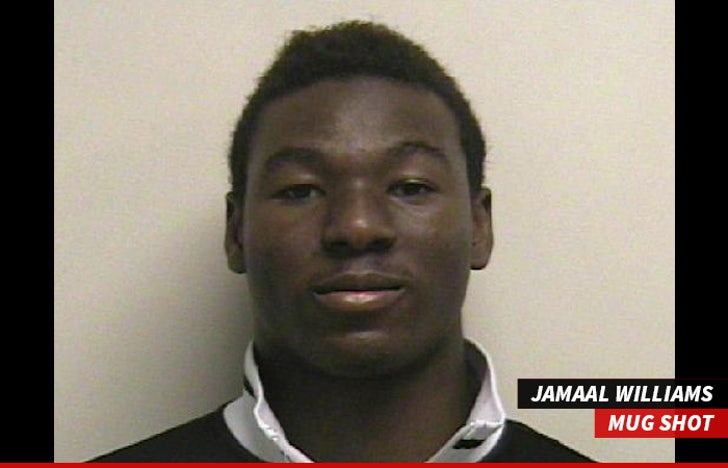 BYU running back Jamaal Williams plead guilty to being a RESPONSIBLE college kid ... and admitted he had been drinking when he got into a car with a 100% sober driver in Utah back in February.

The problem for Williams -- a rising star who's expected to start next year -- is that he's 18 and it's against the law in Utah for people under the age of 21 to booze.

On the night of the arrest, the driver had been pulled over for speeding -- and the officer says he suspected Williams (a passenger) had been drinking ... which he had been ... and arrested him.

Williams -- who cops say had a .12 blood alcohol level -- was charged with misdemeanor underage drinking.

But just a few days ago, Williams struck a plea deal with prosecutors in which he agreed to enter a guilty plea. In exchange for his plea, he'll avoid jail -- but must stay out of trouble for 6 months ... and NOT DRINK!!!

Utah -- be careful where you drink and responsibly ride home.