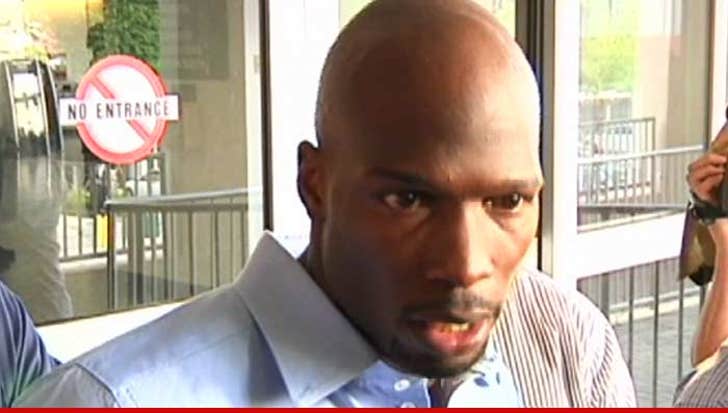 Chad Johnson's penis is no longer a concern for the people of Dade County, Florida ... because the legal fight over his stolen sex tape is officially over ... TMZ Sports has learned.

We broke the story ... Johnson claims someone jacked private footage showing the ex-NFL star plowing some tatted-up chick in a motel room back in 2012 ... and he sued the two websites that posted the footage.

The websites -- World Star Hip Hop and Media Take Out -- both took the video down after Johnson sent them cease-and-desist letters last year ... and now, it seems Johnson has decided there's no reason to continue the fight.

We obtained docs which show the case against the websites has officially been dismissed for lack of prosecution -- which means Chad simply threw in the towel.

In the end, Chad got what he wanted (the footage off the 'net) and the websites can finally move on -- a happy ending for everyone.