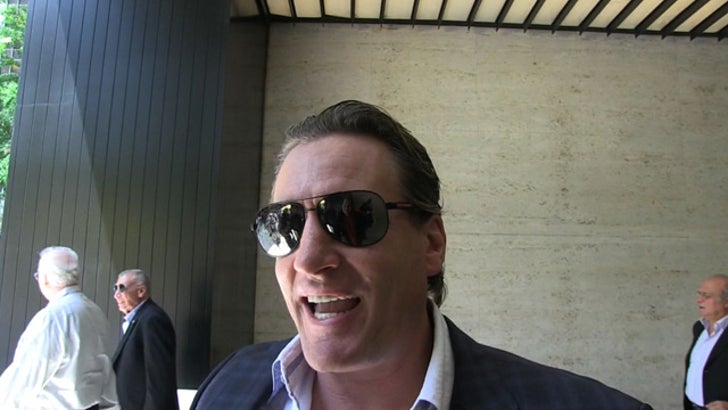 NHL legend Jeremy Roenick says he was "kind of impressed" with Vladimir Putin's hockey skills ... but tells TMZ Sports he'd DESTROY the Russian leader if they ever faced off on the ice.

Roenick was out in NYC today and told us he watched the footage of 62-year-old Putin scoring goals during a celebrity hockey game in Russia this week ... and says the guy deserves props.

In fact, Jeremy tells us he got to meet Putin while he was out in Sochi for the Olympics -- and says despite his reputation, VP was actually a really nice guy.

Still, Roenick says ... if push came to shove and they had to play against each other, Putin would get no mercy -- "I would run him just like I ran everybody else in my career ... try to take his head off for sure!"