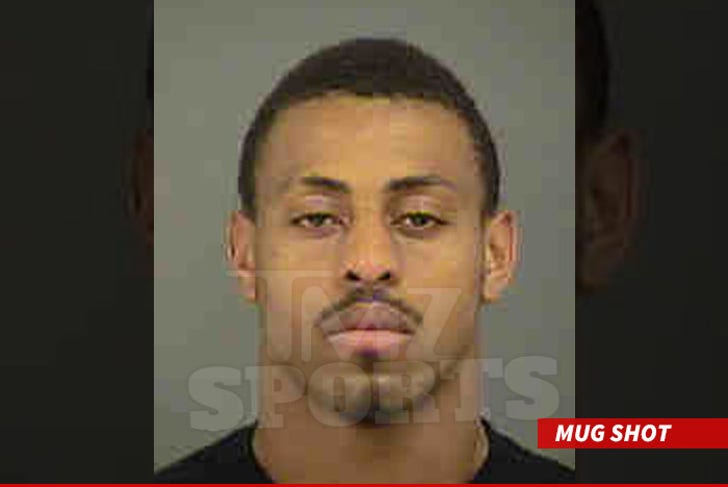 Carolina Panthers defensive star Greg Hardy -- aka "Da Kraken" -- was arrested in Charlotte early Tuesday morning on suspicion of domestic violence ... this according to police.

The Charlotte-Mecklenburg PD says ... cops received a call around 4:18 AM about about a fight involving Hardy and his girlfriend.

When cops arrived to the scene, officers say Hardy's 24-year-old girlfriend had scratched and bruises. She told cops they've been in a relationship since last year.

Hardy -- 6'4", 290 lbs -- was ultimately taken into custody for assault and communicating threats.