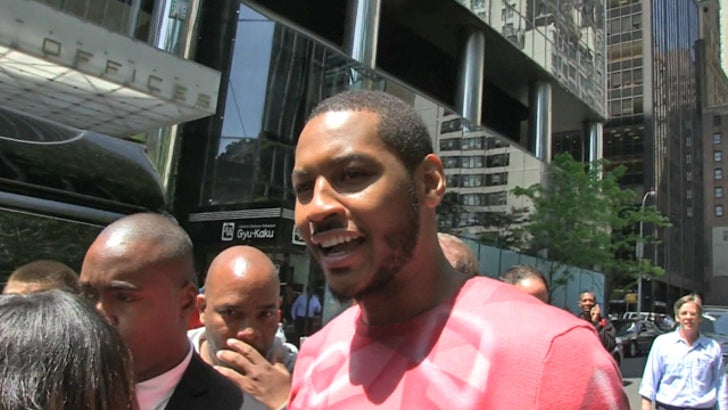 Carmelo Anthony could be the next John B. Stetson ... because the NBA superstar tells TMZ Sports he's gunning to start his very own HAT LINE ... and it's gonna be awesome.

Anthony is a huge fan of fancy headgear ... from fedoras to berets and even baseball hats -- and most recently rocked a top hat to the Met Gala in NYC.

So, when we heard he was going to be starting his own line -- we had to ask about it ... and yesterday in New York, the big man confirmed the wheels are definitely in motion.

Anthony even told us which type of hat he plans to focus on producing ... and let's just say Justin Timberlake would approve. 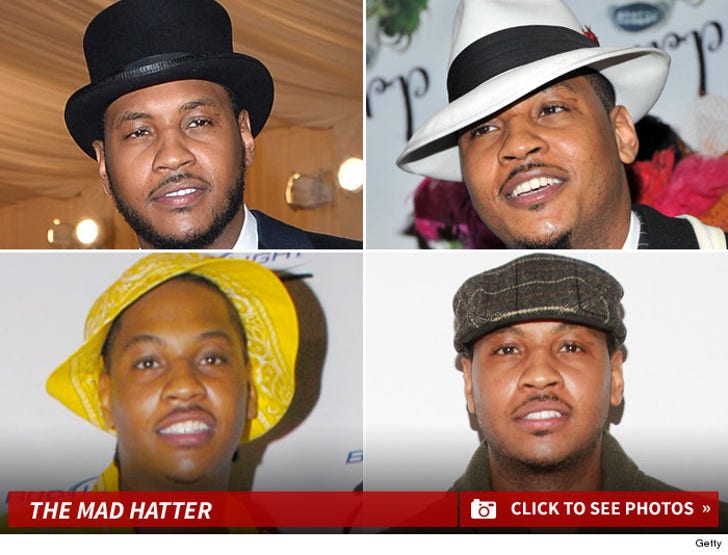