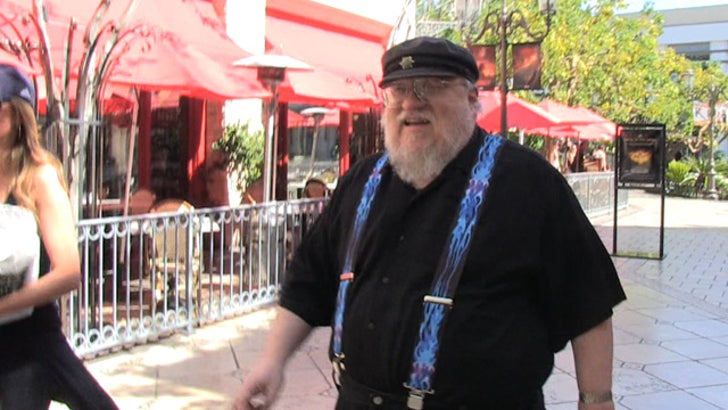 Good news: George R.R. Martin says he's still chipping away at the "Game of Thrones" books "one page at a time."

Bad News: When we asked if the last book will be done by the time the HBO show catches up, he gave a less-than-encouraging response ... "Who the hell knows?!"

Martin was out at The Grove in L.A. where we asked him about his progress on the books behind the incredible TV show (books he writes in DOS, btw).

And though he wasn't spilling secrets left and right, he did reveal his favorite CHARACTER in the series ... which made us happy, 'cause it's gotta be harder to kill off someone you like, right?