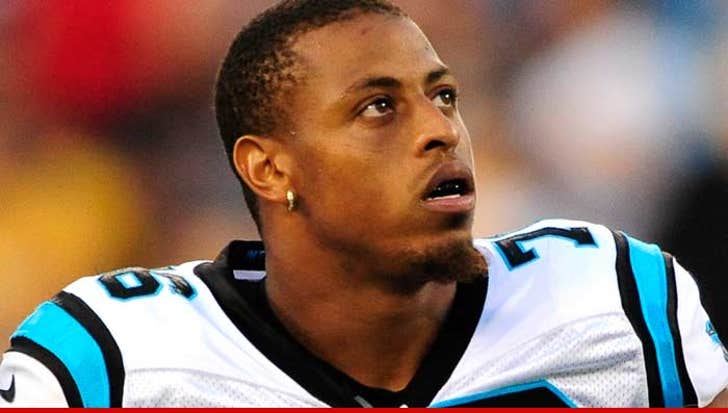 Carolina Panthers star Greg Hardy is about to be released from jail after a domestic violence arrest -- under the condition he stays the hell away from his GF.

As we previously reported, Hardy -- aka "Da Kraken" -- was arrested Tuesday morning after allegedly getting into a physical altercation with his girlfriend at his apartment in North Carolina.

Hardy appeared in an N.C. courtroom Wednesday morning in an orange jumpsuit and handcuffs.

The judge set his bond (a grand total of $17k) and ordered Hardy to have NO contact with his girlfriend for the time being.

He was also ordered to attend 3 Alcoholics Anonymous meetings per week.