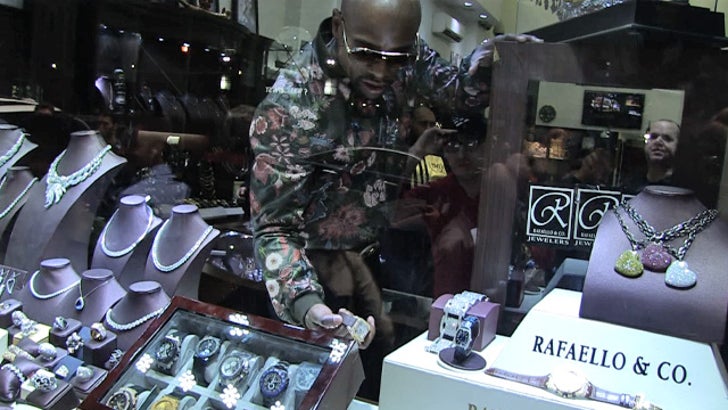 Floyd Mayweather Jr. was on the hunt for diamonds this week ... hittin' 3 different NYC jewelry stores in 2 days ... and dropping more than $500k at one of the shops ... TMZ Sports has learned.
It all started on Tuesday ... when Floyd stopped by Rafaello & Co to check out some of the merch. We're told Floyd fell in love with some of the items but wanted time to figure out what he wanted to buy. 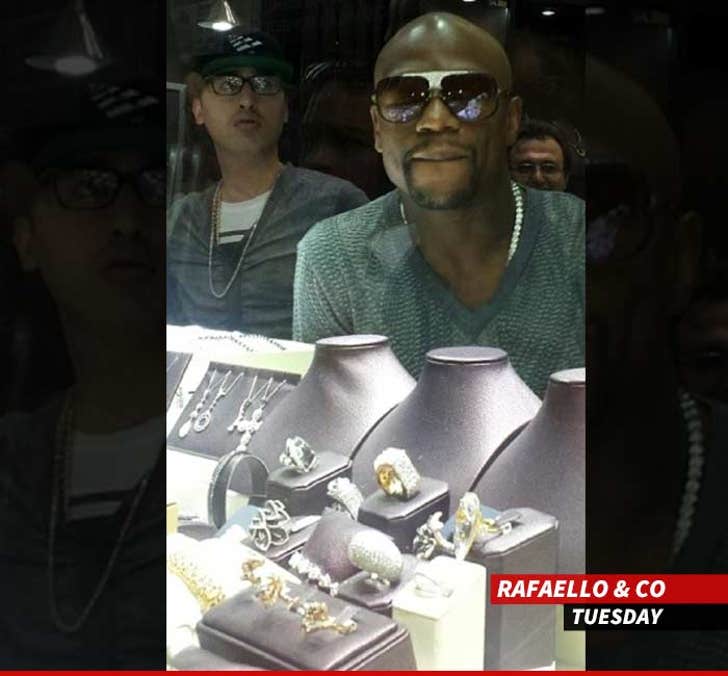 He left and went to another jewelry shop ... where he continued to browse ... though it's unclear if he made any purchases there.

The next day, Floyd was in the mood to SPEND -- going BACK to Rafaello, where he bought one ring, multiple watches and a pimped out bracelet. We're told he dropped around $500k.

Floyd also met with Jacob the Jeweler on Wednesday where he checked out two more watches -- though it's unclear if he pulled the trigger.

It's not like Floyd can't afford it -- dude raked in more than $32 million from his last fight.