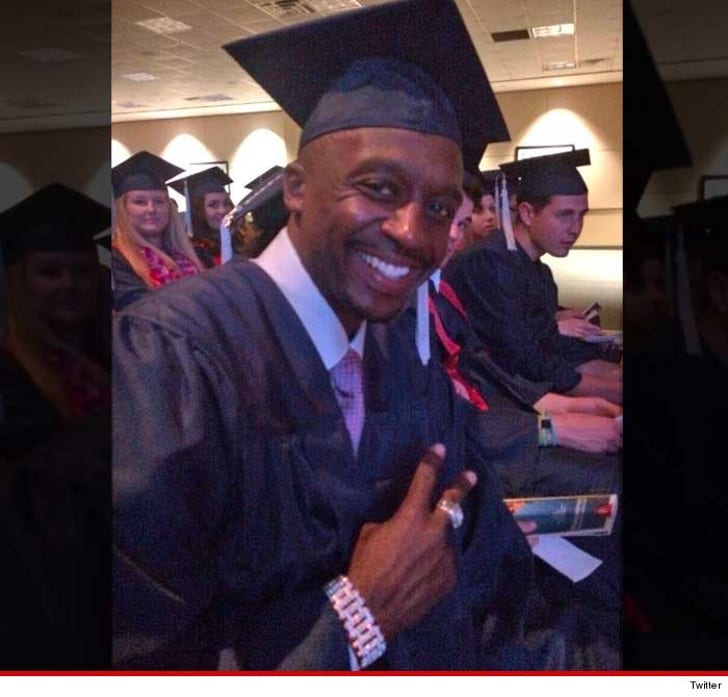 19 years after he enrolled as a freshman, NBA star Jason Terry FINALLY graduated from the University of Arizona ... and he's got the cap and gown to prove it!

Terry -- who was a general studies major during his initial 4 years in Tucson -- never got his degree before jumping to the NBA in 1999. But the 36-year-old has been taking classes in his spare time, and racked up the credits to finally get a diploma.

Terry went to his old stomping ground to participate in the graduation ceremony and tweeted, "Man 15yrs but through hard work, dedication,family support, and GODs blessing I am a College graduate."

Underneath his gown, Terry rocked the trademark UA high socks he wore during the school's championship run in 1997 -- saying, "Still superstitious." 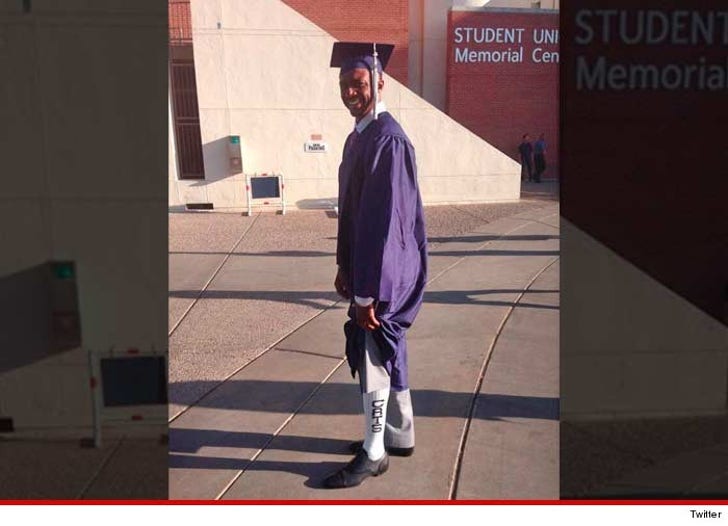