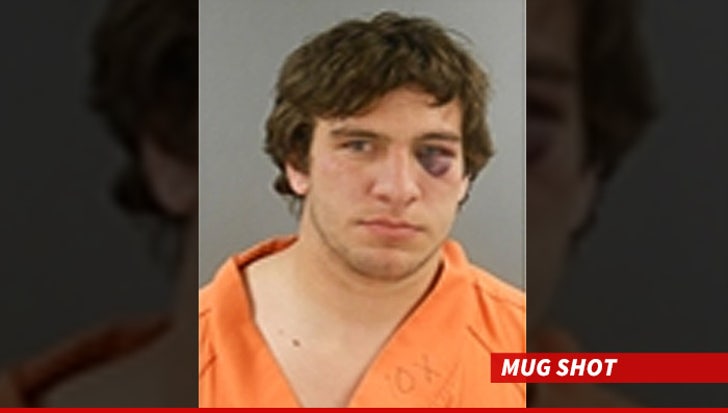 Talk about a black eye for the football program ... Western Kentucky linebacker Nick Holt is sporting a big, fat shiner this morning after allegedly taking on 2 cops at a house party Wednesday morning ... and losing.

According to police, the 21-year-old was being drunk and rowdy at a house party when cops arrived -- and when officers asked him to leave, he went off ... threatening security guards and screaming at party guests.

But things REALLY got bad when Bowling Green police officers tried to take Holt into custody -- because cops say he not only resisted ... but THREW HIS BACK into one of the cops, knocking the officer into some nearby shrubs.

Another cop jumped into action and took the 6'1" linebacker to the ground face-first ... and he was eventually handcuffed. We're guessing the black eye was a result of the strong takedown.

Holt was hauled to a nearby station where he was booked for drunk in public, resisting arrest and second-degree disorderly conduct.