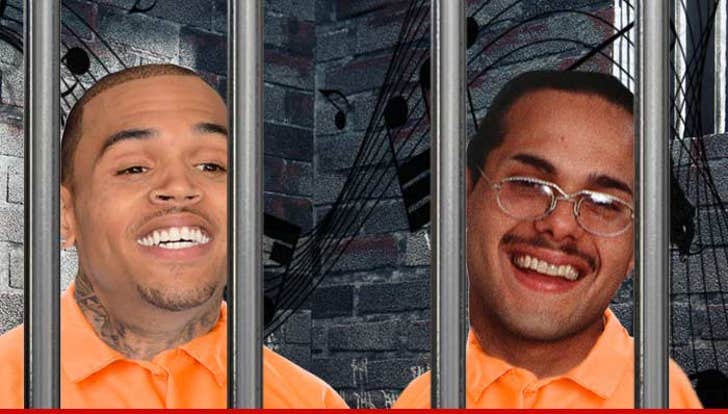 Chris Brown is feeling the Rhythm of the Night ... with the guy in the next cell.

The two R& B stars are locked up in side-by-side cells -- in the segregated unit for high profile inmates.

We're told they've been collaborating on music and have already written three songs, performing them during the long days ... with other cellmates harmonizing.

This is kind of amazing ... they can't see each other. It's all about the sounds.

You know why Chris is behind bars. As for DeBarge ... it's all about those pesky drug convictions.

Wonder who's opening for who?