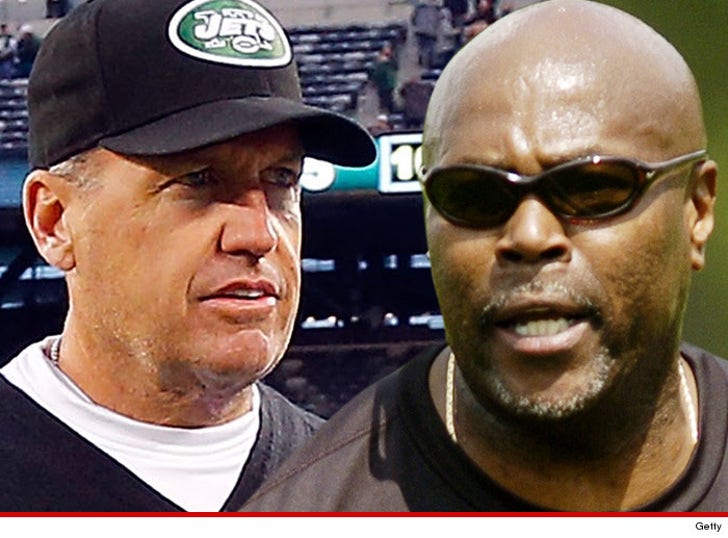 Rex Ryan has come out swingin' in defense of his defensive coordinator -- insisting the Dennis Thurman he knows would NEVER slap a woman ... despite allegations to the contrary.

The New York Jets head coach addressed the media yesterday and immediately addressed the police report filed by a 28-year-old woman who claims Thurman slapped her at a Jersey bar.

Ryan couched his defense ... by saying, "I wasn't there—I don't know ... but again, I'm confident that when everything comes out that people will start seeing the character of Dennis Thurman that I know."

He concluded ... "I think when all the facts come out about everything, I think that people will start to realize that it’ll come around that the guy that I’m describing, everybody else will see the same way I do. All right? Really I think that’s all I’m going to talk about, about this situation, but I know Dennis Thurman.”

TMZ Sports broke the story ... the accuser claims Thurman got aggressive when she turned down his advances and slapped her. She claims she wasn't injured, but filed the report to prevent future attacks.

So far, no charges have been filed against Thurman.