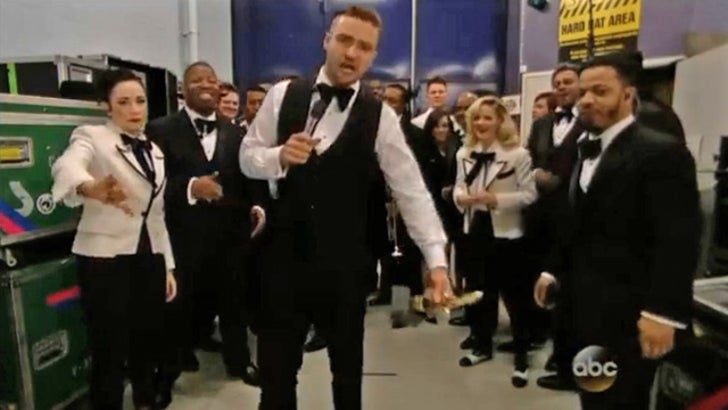 Justin Timberlake does not like Donald Sterling ... and took a pretty hilarious shot at the guy during the Billboard Music Awards last night.

JT was accepting his award for "Top Artist" -- ("It's not a competition, but if it was, I WON and I'm OK with that!") -- when he decided to spit some venom at the disgraced Clippers owner.