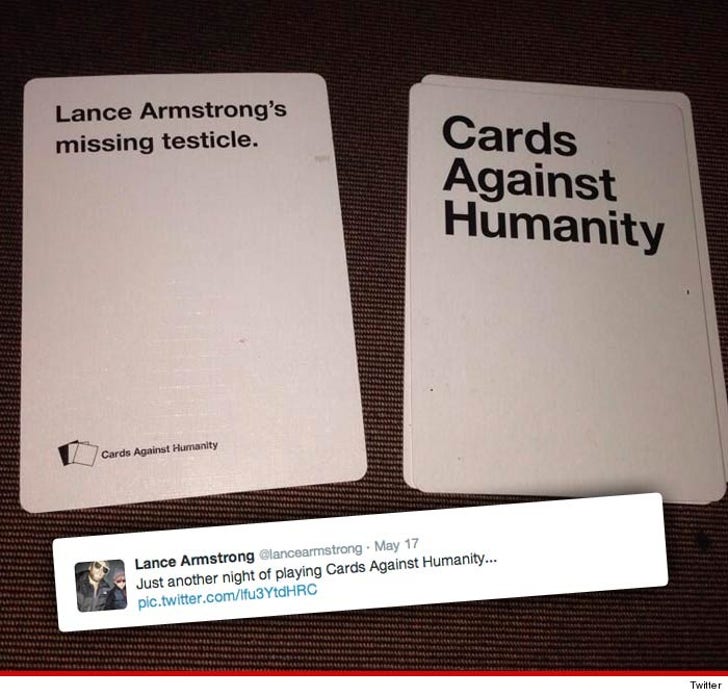 Sooooooo ... game night took a helluva turn at the Armstrong house this weekend.

Lance was playing "Cards Against Humanity" (it's sorta like competitive group Mad Libs) ... when he drew a card that hit a little below the belt ... "Lance Armstrong's missing testicle."

Lance had a sense of humor about it ... and posted a photo of the card on Twitter along with the caption, "Just another night of playing Cards Against Humanity."

Hey, at least Lance found a game he's actually allowed to compete in.