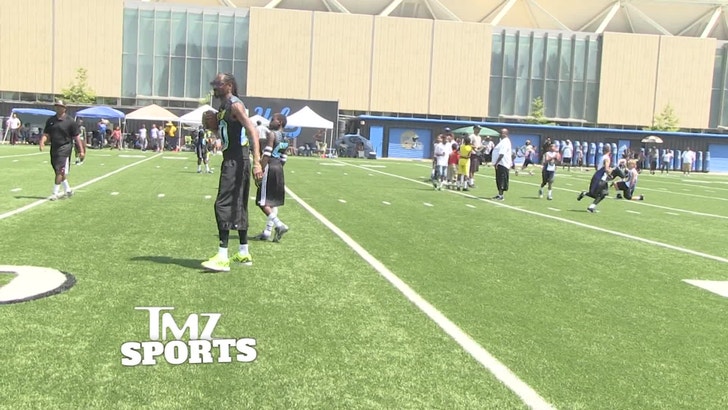 He's already churned out 4 pros in the last 2 years, but Snoop Dogg tells TMZ Sports he predicts at least FIFTY more players from the Snoop Youth Football League will be in the NFL in the next decade.

Snoop was at a 7-on-7 tourney at UCLA for the SYFL this weekend when he told us his league is overflowing with talent ... and it's no coincidence that former players like De'Anthony Thomas and Ronnie Hillman are thriving at higher levels.

Snoop's L.A.-based league has exploded over the last decade -- with roughly 1,700 players signed up this season ... and even more expected to join next year.