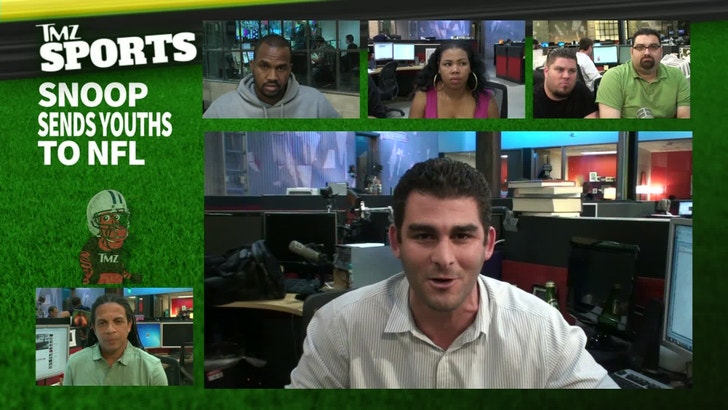 Snoop Dogg is FIRED UP about the NFL Rookie Class of 2014 -- because 3 of the players are alumni of the youth football league he started back in 2005 ... TMZ Sports has learned.

De'Anthony Thomas (RB, KC Chiefs), Kam Jackson (CB, Colts) and Greg Ducre (CB, Chargers) all played for the L.A.-based "Snoop Youth Football League" back when they were kids ... and Snoop tells us he couldn't be prouder. 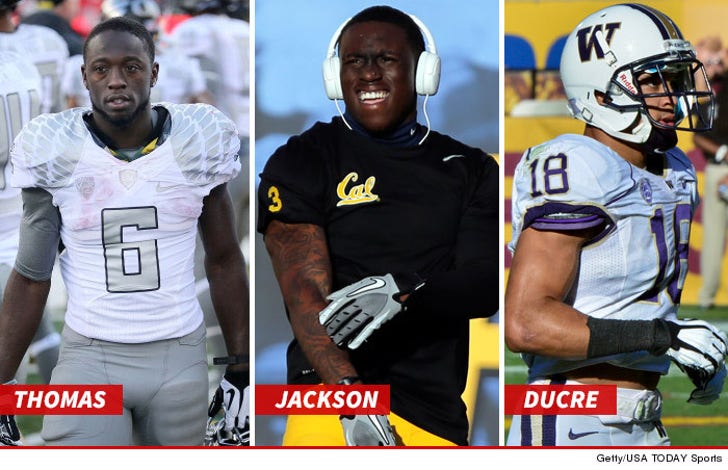 "They all got scooped up ... we're very happy and very proud of these kids," Snoop said.

FYI -- Thomas was a 4th round draft pick. Jackson and Ducre signed as undrafted free agents.

Denver Broncos running back Ronnie Hillman was the first SYFL alum to get to the NFL when he was drafted in 2012 ... totaling 4 guys from Snoop's league to reach the pro level.

And when Snoop called in to "TMZ Sports" earlier today, he was very excited about the future.

"I feel good about the guys that are coming out this year, the year after ... and the kids that are in the league right now," Snoop says ... "We got kids all over the SYFL that have that spirit to go to the next level!"

Currently, Snoop has between 1,500 and 1,700 players in the league -- and the rapper says he's gunning to implement a policy where kids who maintain a 3.0 grade point average or better can play in the league for free.

"The first thing that we preach is student athletes."

Sources close to the rapper tell us Snoop provides the majority of the league funding by himself -- but he's hoping he can get support from other people looking to back his program.

"It's a community of love," Snoop says ... "It's more of a family than a football league."