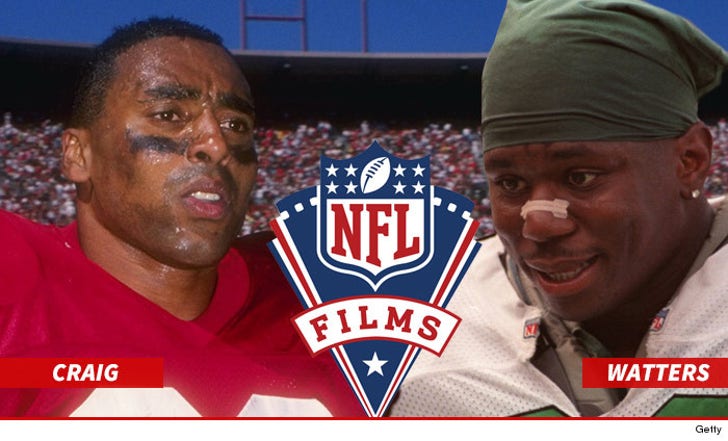 More than 600 retired NFL players -- including Ricky Watters and Roger Craig -- have teamed up to sue NFL Films ... claiming they're sick of watching the company exploit old NFL footage without paying the players a cent.

TMZ Sports has obtained the lawsuit filed in Pennsylvania ... in which the ex-NFL players (and estates of some deceased players) claim they never agreed to allow NFL Films to use footage featuring their images for free forever.

In fact, the players -- which also includes Raghib "The Rocket" Ismail and Kyle Brady -- argue their names and images have extremely high value and they should be compensated if NFL Films decides to use footage in commercials, TV shows and other programming.

But NFL Films has fired back -- arguing that the players signed away the rights to use their names and images in the footage shot during their playing days when they signed their NFL contracts.

NFL Films is asking the judge to throw out the case -- and demanding the players fork over the dough for attorneys' fees.

The matter is slated to go before a judge in the near future.