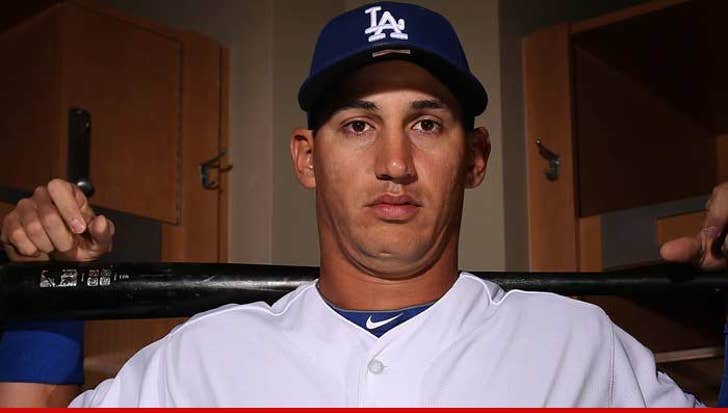 Alex Guerrero -- the Dodgers minor league prospect who had part of his ear bitten off in a dugout fight Tuesday -- told cops immediately following the fight he did NOT want to press charges against the biter ... officials tell TMZ Sports.

Guerrero was allegedly attacked by Triple-A teammate Miguel Olivo during a minor league game in Salt Lake City -- with Olivo allegedly taking a bite out of Guerrero's ear.

Guerrero -- who signed a $28 million contract with the Dodgers -- is scheduled to have plastic surgery to reattach part of his lobe.

Now, the Salt Lake City PD tells us ... they were contacted by the hospital where Guerrero was treated -- and sent investigators to meet up with the injured player.

"Upon responding to the hospital and interviewing the man, the alleged victim declined to file a complaint," officials tell us ... "He didn't want to generate a report."

Guerrero told investigators he wants to consult with his lawyer and league officials-- and could change his mind ... and if that happens cops says, "If at any time the alleged victim does want to, we will take the report."

As for the fight, Olivo was reportedly pissed that Guerrero missed a tag on a play earlier in the game ... and the two had gone after each other on the pitcher's mound before the fight spilled into the dugout.