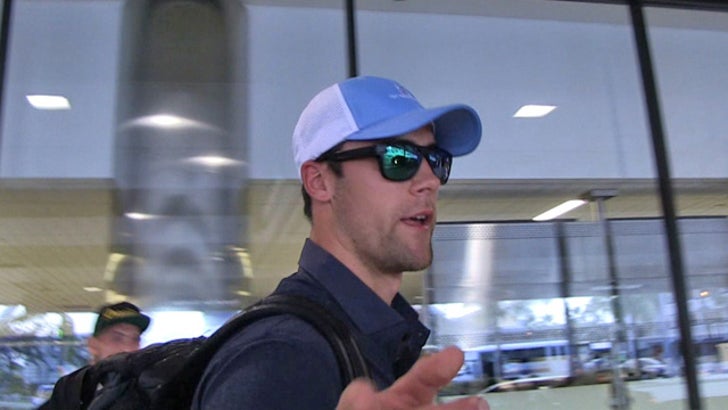 Cassel recently signed a new $10 million contract with the Vikings -- which most people took as a sign that he would be starter when the 2014 season begins.

That was until the Vikes took Bridgewater in the 1st round of the NFL Draft -- and rumblings immediately began that the starting job was up for grabs.

So, when we asked Matt if he was taking on the role of "mentor" ... his reaction was interesting.