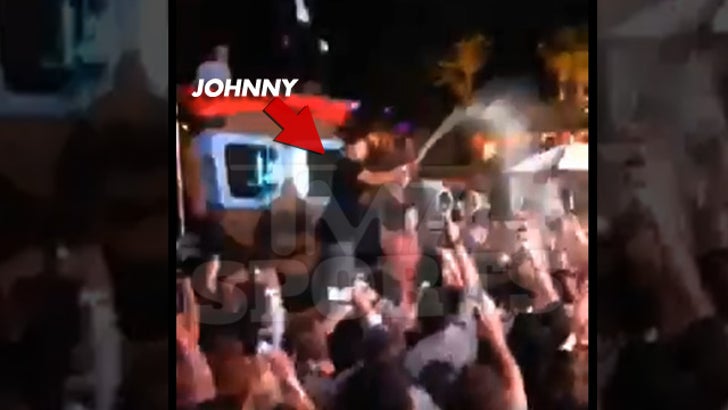 Johnny Manziel went WILD in a Vegas nightclub last night -- partying his face off and spraying champagne like he just won the Super Bowl ... and TMZ Sports has the footage.

Manziel rolled into Surrender nightclub at Encore at Wynn Las Vegas just after midnight ... and got turnt ALL THE WAY UP -- partying with a crew of 4 dudes and 8 smokin' hot chicks.

Sources at the club tell us ... Johnny started off with Belvadere vodka before turning to champagne -- and the started pulling bubbly right from an expensive bottle of Dom.

We're told Johnny noticed Diplo from Major Lazer in the house (apparently, Johnny's a big fan) ... and called him to party together. As one source put it ... "They went nuts!"

Hey, season doesn't start 'til September ... plenty of time to shake off the hangover. 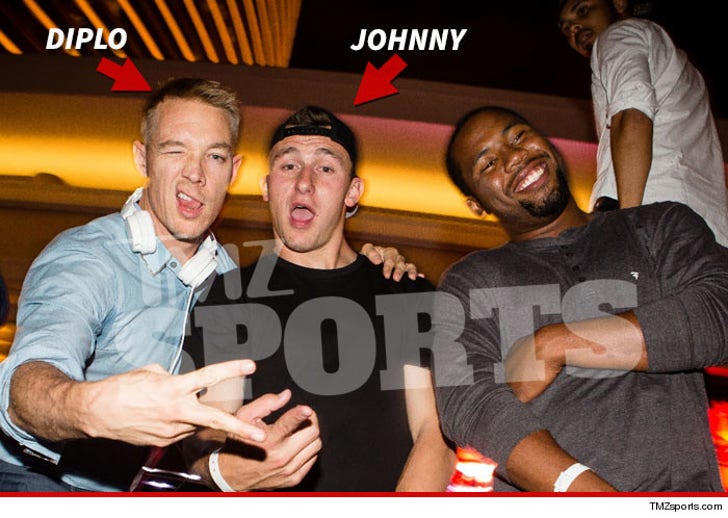