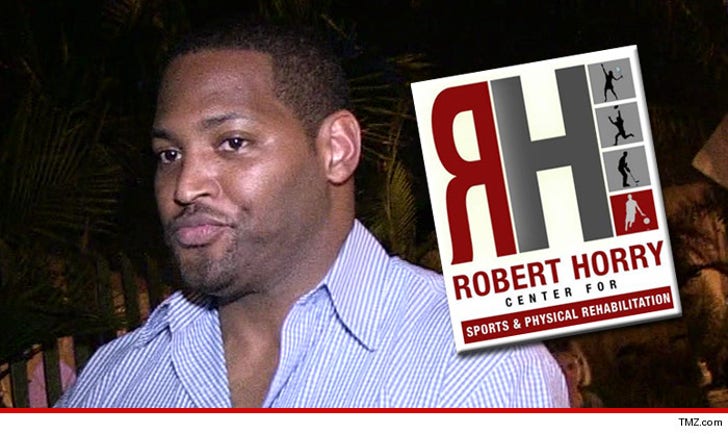 He had ice in his veins on the court, but a physical therapist says Robert Horry is downright cold-blooded when it comes to business … accusing the guy of running his sports rehab clinic into the ground … this according to a new lawsuit obtained by TMZ Sports.

Big Shot Rob is being sued by Torrance Earle – who claims the ex-NBA star bought out his Texas-based physical therapy business back in 2011 for $90k … which Horry was supposed to pay off in several installments.

In the suit, Earle claims Horry changed the name of the business to the Robert Horry Center for Sports and Physical Rehabilitation – and allowed him to continue working as a therapist.

But Earle claims the relationship fell apart when Horry started missing payments and Earle demanded the remaining balance in one lump sum. Earle says a short time later, Horry fired him from the clinic and began trashing him to patients, employees and everyone else in town, ruining his reputation.

Now, he’s suing Horry for more than $500k to make things right. We made several attempts to reach Horry for comment. So far, we haven’t heard back.