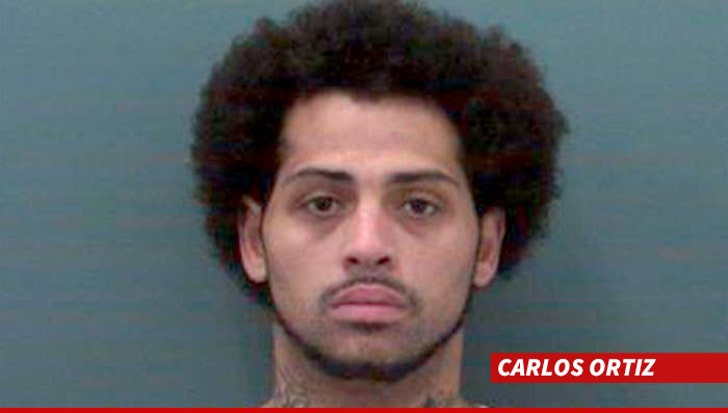 An alleged associate of Aaron Hernandez will plead NOT GUILTY to murdering Odin Lloyd when he is arraigned on murder charges in Massachusetts later today ... his lawyer tells TMZ Sports.

Carlos Ortiz -- who officials believe has a relationship with the former NFL star -- will appear in court this afternoon to be arraigned in the murder of Odin Lloyd.

Oritz was initially charged with unlicensed possession of a firearm in connection with the case -- but now prosecutors think they have enough to convict him of murder.

But Ortiz's lawyer, Mike Maloney, tells us ... Carlos will enter a not guilty plea when he faces the judge today and says his client insists he's innocent.

Hernandez has already been charged with murder -- as well as another alleged associate, Ernest Wallace. Both men have also pled not guilty.

It's unclear what new evidence prosecutors have gathered to up the charge against Ortiz -- but it's possible we'll hear about it during the hearing, which is currently set for 11 AM PT.