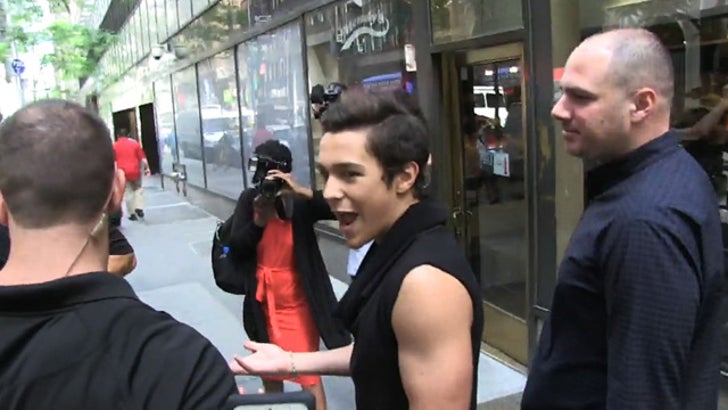 Austin Mahone tells TMZ Sports ... there ain't no doubt about it -- the San Antonio Spurs will WIN the NBA championship.

The pop superstar was out in NYC -- being very cool with fans btw -- when we asked how far he thinks his hometown team will go in the playoffs this year.

"I think they're gonna kill it," Mahone said ... "They need to redeem themselves for last year."

In fact, Austin says he's looking forward to seeing his squad take on the Miami Heat because he's super confident the Spurs will be able to dominate LeBron James and company.

There's one more reason A.M. thinks the Spurs have the upper hand -- and it all centers around Tim Duncan.