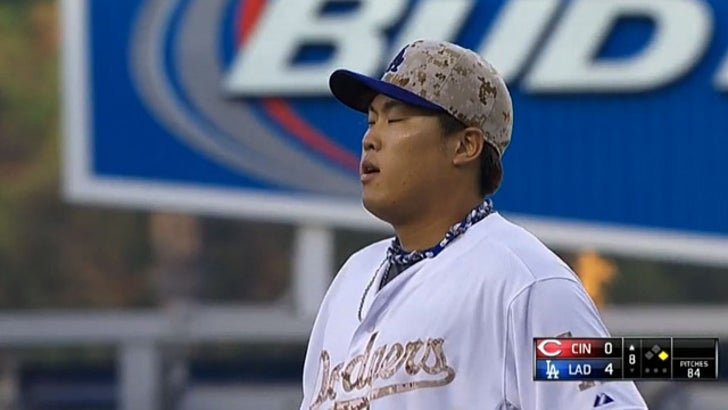 You CAN'T blame Dodgers announcer Charley Steiner for jinxing Hyun-jin Ryu's perfect game yesterday ... even though he started talking about it with only 6 outs to go ... so sayeth Vin Scully.

Dodgers fans started cringing at the top of the 8th inning when Steiner brought up Sandy Koufax -- and mentioned how Ryu was only 6 outs away from joining the Hall of Fame as the only other Dodger to throw a perfect game.

Two pitches later ... it was all over.

"I've called two near no-hitters this year. And have kept the listeners informed from the fourth inning on," Scully said at the time.

"It's insulting the listeners to make them think they're silly and superstitious enough to believe my telling them that a no-hitter is going will affect the game."

So there you have it ... Steiner, you're off the hook.