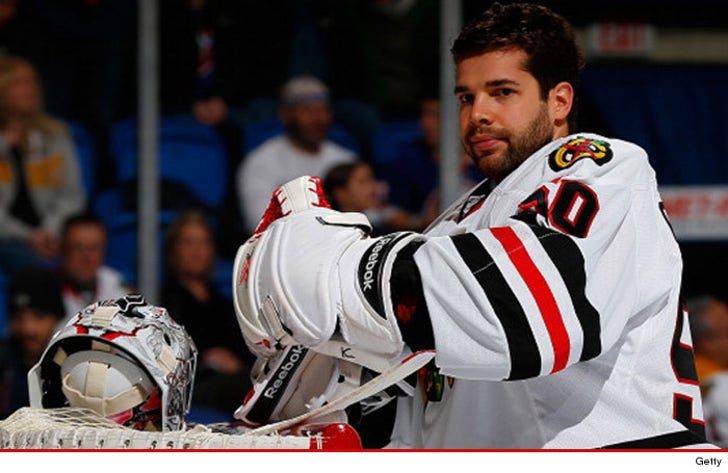 TMZ Sports spoke with Wong who says he was sitting behind the Blackhawks bench -- and was heckling Crawford -- when the goalie was pulled from the game toward the end of the 3rd period.

That's when Crawford -- who's in the middle of a 6-year, $36 MILLION contract -- allegedly whipped out a water bottle and blasted him right in the face.

Wong says he believes the bottle was filled with backwash -- along with water -- and it has caused serious irritation to his eyes. Wong says he's going to a doctor to get his eyes checked.

League sources tell TMZ Sports ... Wong was ejected from the game 3 to 5 minutes after the spraying incident for "taunting the players" and it was while he was being escorted out of the arena that he began to rub his eyes, complaining about the pain.

We're told Wong filed a report with police before leaving the arena.

We spoke with LAPD Media Relations spokesperson Sally Madera who tells us, "A battery report was taken and the incident is under investigation."

We reached out to Crawford's camp for comment. So far, no word back.