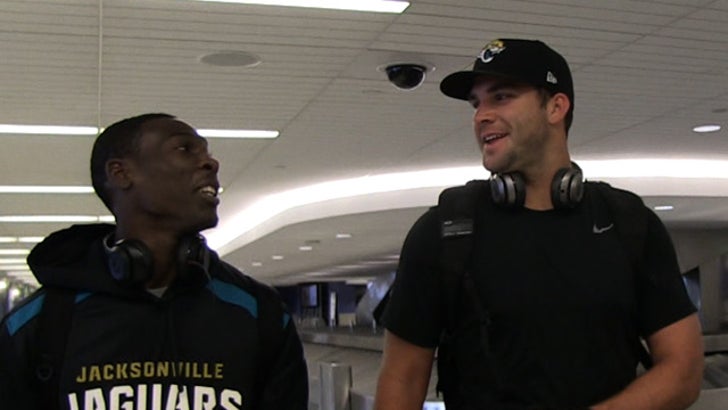 Don't wanna get eaten by an alligator during your stint in Florida? Great, neither do we ... but Blake Bortles says he had a VERY close call with a scaly beast while growing up in the Sunshine State.

The Jacksonville Jaguars QB was walking through LAX with fellow Jaguars rookie (and L.A. native) Marqise Lee when we asked if they were worried about gator attacks in their new city.

Lee kinda laughed it off ... but Bortles -- who grew up in Central Florida -- revealed that he DID come face-to-face with a gator ... and had to act fast to avoid becoming lunch.

The clip is great ... Bortles and Lee get along like old friends (which is great for Jags fans) ... and Blake even weighs in on a Twitter rival who's kicking his ass when it comes to followers.