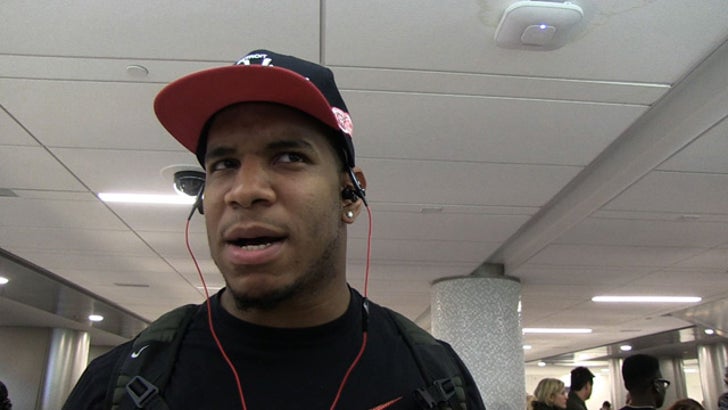 He may seem guilty as sin ... but in America, Aaron Hernandez is supposed to be presumed innocent until PROVEN guilty ... a point solidly made by NFL rookie Eric Ebron.

The Detroit Lions tight end -- the 10th pick in the NFL Draft -- was at LAX yesterday when we asked if he'd be afraid of going to nightclubs knowing there are people out there like Aaron Hernandez who are willing to kill over a spilled drink.

And that's when Ebron made a great point ... Aaron pled NOT GUILTY to the charges -- and in our criminal justice system, he's afforded the presumption of innocence.

Sometimes, it takes a rookie to dish out some veteran knowledge.