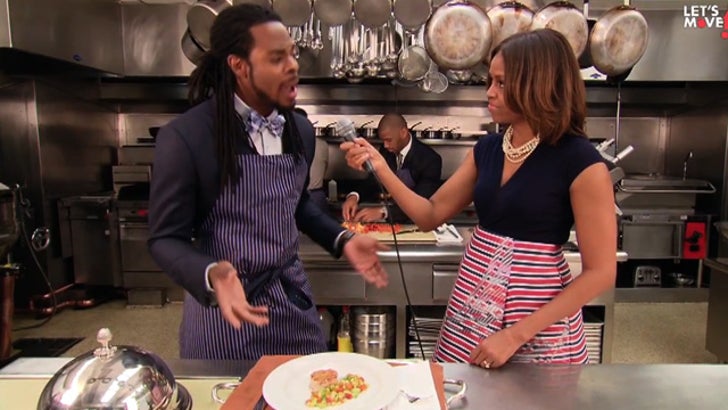 She already dunked on LeBron ... now Michelle Obama is getting screamed at by Richard Sherman in a spoof of his epic NFL sideline rant ... in the hopes she can convince kids to eat succotash.

Mrs. O recruited the Seattle Seahawks star -- along with Russell Wilson and Earl Thomas -- to appear in a video to promote her Let's Move initiative ... encouraging kids to eat healthy and exercise.

In the video, Sherman whips up a salmon and succotash combo -- and breaks into Erin Andrews screaming mode to brag about the meal.

It's kinda funny ... especially the last scene at the end. Still, nothing compares to the original.