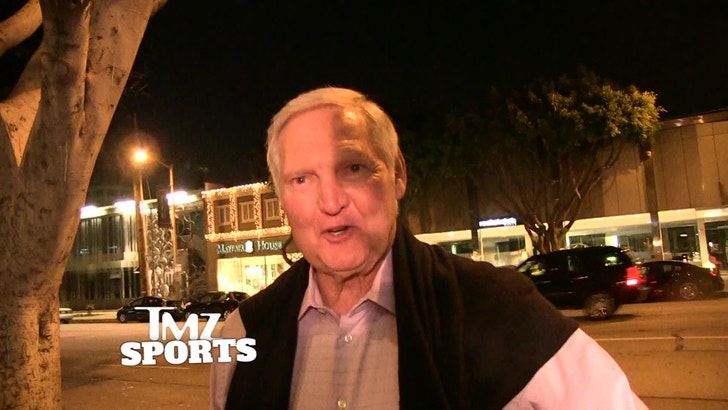 NBA Hall of Famer Jerry West tells TMZ Sports ... he doesn't get a single cent in residuals for being featured on the official NBA logo ... and you can tell by his tone, he's not happy about it.

West was leaving a birthday dinner at Madeo in Beverly Hills this week -- when we asked him about the perks of having one of the most famous silhouettes in all of sports.

But the question seemed to strike a nerve with the NBA legend ... who told us the situation with the logo is "complicated" ... and not in a good way.

Here's the twist -- over the years, The NBA hasn't exactly acknowledged that the person on the logo is West ... despite the fact the person who designed the image has said on record he adapted it from a 1969 photo of of the NBA star.

We're reaching out to the NBA to see where they stand now. Stay tuned ...

11:14 AM PT -- The NBA tells us ... the league's stance on the logo has not changed -- it does not acknowledge West as the player featured on the logo.