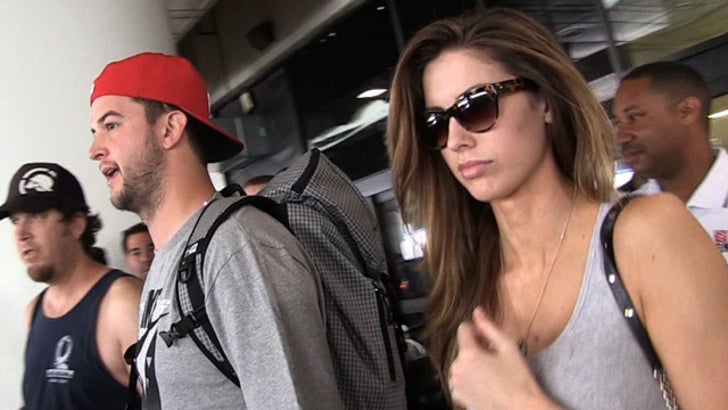 When A.J. McCarron and Katherine Webb swap "I dos" ... it will NOT be televised on a reality show, despite reports to the contrary ... this according to Webb herself.

Right after A.J. popped the question back in March, rumors swirled that they were negotiating a deal to have a reality crew document their trip to the altar ... with cameras shooting during the big day.