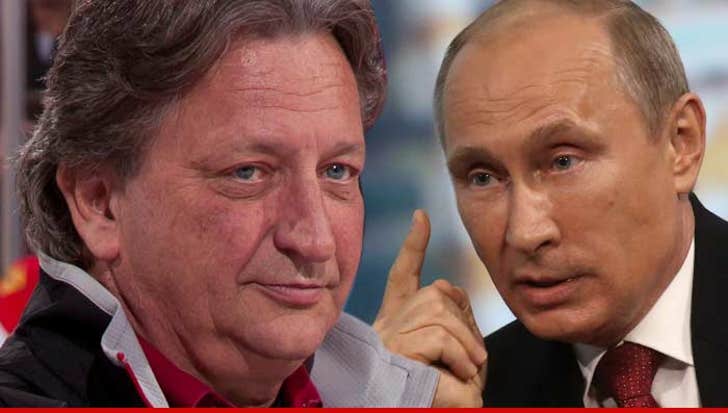 The billionaire owner of the Ottawa Senators is begging soccer fans to BOYCOTT sponsors of the 2018 World Cup in Russia ... claiming it's a mistake to allow "Putin's army of war mongers" to host another global sporting event.

Eugene Melnyk -- a Canadian-born billionaire who's also the Chairman of the Campaign Advisory Committee for "United with Ukraine" -- just blasted FIFA for allowing Russia to host the '18 Cup.

"Major international sporting events such as the Olympics or FIFA’s World Cup serve as powerful forces of global unity and peace, not conflict and war."

Now, Melnyk and his organization are calling for soccer fans to boycott the major World Cup sponsors including Anheuser-Busch hoping it will pressure the powers that be to change the '18 venue.

"To allow Russia to host the World Cup would fundamentally undermine the spirit of international sport and the stated core principles of every corporate sponsor who so far has chosen to align itself with such an irresponsible decision."