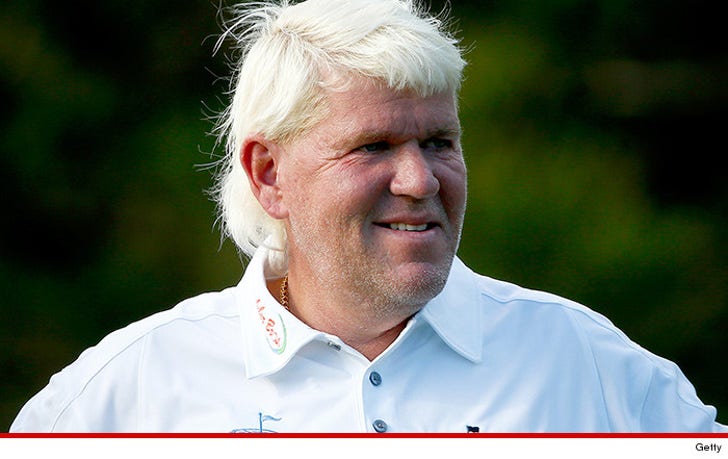 John Daly tells TMZ Sports ... he was able to calculate his gambling losses during a 15-year casino binge thanks to tax returns that showed $90 MILLION in losses and only $35 million in wins.

Daly says he would keep a detailed record of all of his major gambling sprees -- and when he crunched the numbers, he almost couldn't believe how much cash he lost.

"It was more about the adrenaline than the money ... I loved the action."

John says he would take out million-dollar markers at casinos all over the world to play blackjack -- and recalls often having $600k on the table at one time.

"I would play 7 hands at one time," John said ... noting that he got a rush when people would crowd around the table and watch him play.

Daly says his agents tried to help him take control over his habit but "it was just fun for me."

When asked if he regretted his gambling habit, John didn't give a "yes or no" answer -- but said, "Man, I had a great time."

For the record, John says he NEVER bet on golf -- mainly cards ... and he'd occasionally wager on football and the NBA. Now, he sticks to slots.