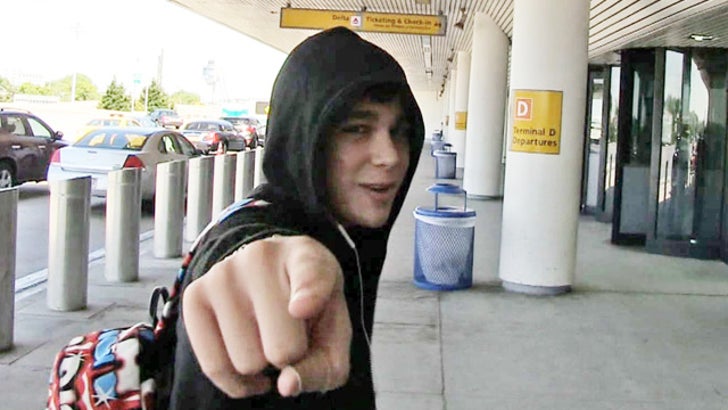 Austin Mahone was BRAGGIN' about his Spurs in NYC today -- for good reason -- he called their victory over OKC ... and now he's predicting how the NBA Finals will turn out ... right down to the number of games.

FYI -- Mahone was born in San Antonio ... and last week he told TMZ Sports no team in the league could stop Tim Duncan & company.

So, when we saw him in NYC today -- he doubled down on his prediction ... but admitted, the Heat won't go down without a fight.

As for Miami -- they've got pop star power on their side too ... Justin Bieber's a Heat fan.