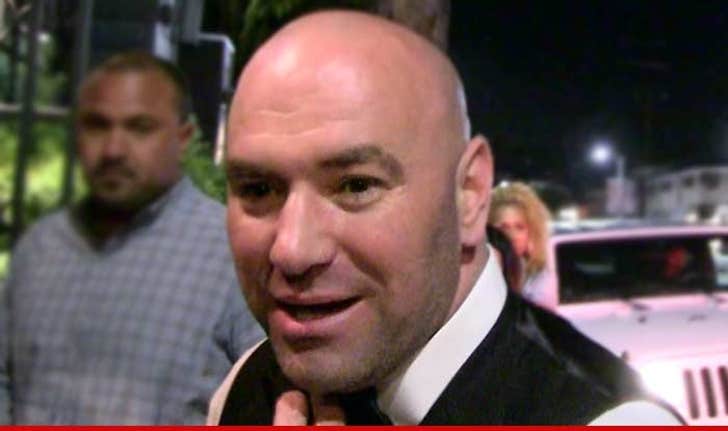 Dana White says he's gambler non grata at the Palms Casino in Vegas -- after the UFC boss kicked the casino's ass during a $2 million run just a few weeks ago.

White says the Palms gave him his "walking papers -- after crushing blackjack while playing $25k per hand.

White told the Las Vegas Review Journal's Norm Clarke the casino told White his limit was being cut all the way down to $5k per hand.

"I beat them for [nearly $2 million], and they asked me not to play anymore," White told Clarke.

"A lot of people are going to think I’m a card counter after that Ben Affleck thing at the Hard Rock. I’m the farthest thing from card counter."

It's the SECOND time White's been pushed out of the casino -- back in 2012, he broke ties with The Palms after the honchos cut his credit line in half. White boycotted the place for 22 months and says the only reason he went back is because he was wooed back with a case of expensive wine.